The moves of my life

I’ve always been glad that I was born in 1961 because my life divides itself easily into decades. It’s a bit of an artificial division, but it seems as though each of the five decades I have lived represents a major stage of human development.

My early childhood years. I came into the earliest stages of consciousness. I have many memories of those years, but they are not tied to dates or external cultural things. They float in my mind, isolated in the small world of my childhood home. I simply wasn’t aware of the passing of time or of years and dates. I remember when my brother was born in 1964. I only know the year, of course, because I know how old he is. And I remember watching Neil Armstrong walk on the moon in 1969. I was seven and perhaps just coming into an awareness of the larger world around me.

My adolescent years. I went to junior high and high school in the 70s, graduating in 1980. I became aware of the Viet Nam war. Mostly I remember being relieved when it was over, though I was six years too young for the draft. I became a social being in the 70s. I emerged from my comfortable family and had to learn to relate to my peers. And I discovered the power of love, awakening with a sudden jolt to the presence and allure of girls. I was absolutely enchanted by them, but had no idea how to relate to these strange beings. Our sister was an infant, so my brother and I had few opportunities to gain experience with girls. I tried a classic Baptist-kid rebellion, drinking and carrousing at a level that would probably seem pretty tame to some folks. Then I became serious about my Christianity about the age of 17. Just as my second decade came to a close, I decided that I had a clear message from God that I should be a minister.

Early adulthood. The 80s were a big decade for me. The following things happened:

Apart from these obvious markers, I became an adult in this decade. I developed my own ideas, philisophically and theologically, breaking away from my father’s theology to form my own, often at odds with his. My father had also been the pastor of our church, so forming my own theology was a major move for someone like me. These were the years when Jeanene and I were together alone as a couple. Dating and early years of marriage. I was fully immersed in higher education for most of the decade. I was very cerebral. I hadn’t given a thought to my emotional side. I discounted it, so of course it raged in the deep levels of my being and probably controlled my behavior far more than I thought. It’s a pretty common story for men of our culture, for whom anger is often the only feeling they are in touch with.

Ah, the 90s. For me this was my 30s. I became pastor of Covenant Baptist Church near the beginning of that decade. I had no idea I would serve for two decades there. We had three children, the last coming in 1996. Whatever else we were doing, we were changing diapers for most of the decade. Jeanene and I were maturing.

In 1991 I bought my first computer, gravitating almost immediately to local Bulletin Boards we connected to with modems. In 1995 I found the Internet. By 1996 I was supporting myself partly by designing websites. This added income allowed me to stay at Covenant, which didn’t appear to be growing. I would work at this “bi-vocation” for the next 10 years.

Toward the end of the decade, I began to have my first feelings of disatisfaction with Baptist life, practice, and theology. The Southern Baptist wars were raging, pitting “fundamentalists” vs. “Moderates.” I self identified as a liberal and began to feel that I had no home.

My 40s. Our church finally built its building in 2000, changing us from a migrant church that met in a school and a bar to a more conventional church with a structure to maintain. Our children began to move out of childhood and into their own adolescent years. We settled into San Antonio and realized that we were going to be here for awhile.

The biggest change for me personally in this decade was beginning to write in 2002 at my blog, Real Live Preacher. I had never written anything before, though I always had a sense that I might give it a try. I think I have a writer’s mind, so it was probably inevitable. I also think preaching taught me a lot about sustaining a creative process over time. I’ve written about my writing career before, so I won’t do it now. By the end of the decade I had written a couple of books and been published in a number of magazines and online organizations.

My 40s also saw the beginning of what I would call early mid-life crises. A number of painful things happened to me as I began to cope with the idea that I was getting older. Right at the end of the decade I ran out of steam and made the shocking decision to abandon the calling that I spent ten years preparing for with education and twenty years following vocationally.

At the time I had no models for this. None. Every preacher I knew was in it for life. Those who left mostly did so because of moral failures that forced them to leave in disgrace. Then they usually took up some sort of parallel profession – working with church fundraising organizations or ending up in the chaplaincy.

Too early to say much, of course. I’ve only just turned 50 and begun my sixth decade of living. I believe that I will have a different calling in the second half of my adult life. I hope and pray that writing will be a part of it. I think it will, now that I’ve given up the idea of making money as a writer. Free from that concern, I can pretty much do whatever I like without the slightest concern for who reads my work.

Currently I make my living designing websites and managing them for various organizations. Will I continue to do that? Or will Jeanene and I end up working together at some contemplative retreat center somewhere in the mountains? We sometimes dream about that.

Only time will tell. 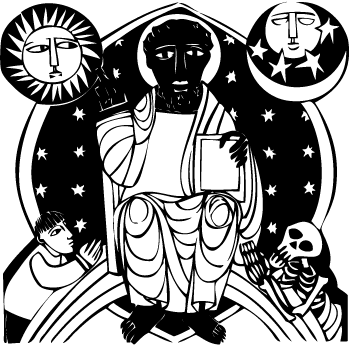