I was on my way back from the artist hermitages at Laity Lodge last weekend when I saw an ashtray near the outdoor fireplace. That kind of surprised me. Laity Lodge isn’t exactly the kind of place where people do a lot of smoking. In fact, I don’t think I’ve ever seen anyone smoking in the 20 years I’ve been going there.

That doesn’t mean people don’t smoke at Laity Lodge. But it doesn’t seem to be common. And generally you don’t see ashtrays except in places where people smoke a lot.

I say there are two likely explanations for the existence of this ashtray.

1. It’s leftover from the early days of Laity Lodge, back in 1961, when smoking wasn’t thought of as negatively as it is today.

2. There is an undercurrent of smoking taking place at Laity Lodge late at night. In other words, there may be kind of a “night life” at Laity. After hours. Certain people stay up, pass around a little wine, light up some cigs, and kind of kick back.

I took a picture of this ashtray because I thought it was just gorgeous. Someone dropped a sprig of Juniper in it. (Click either for a larger view) 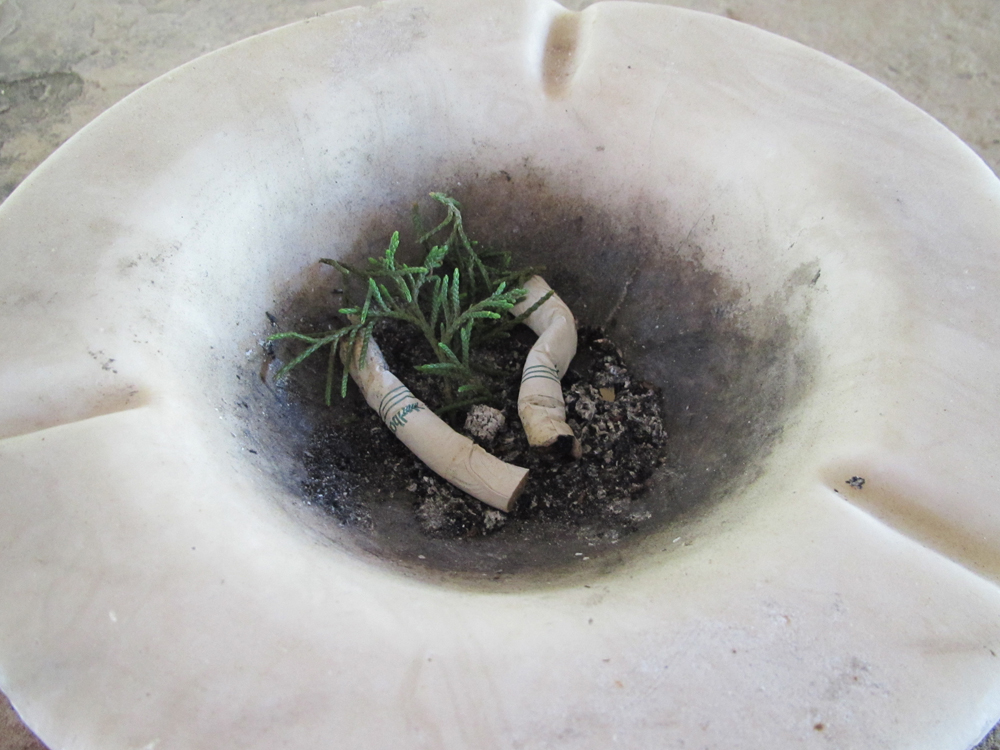 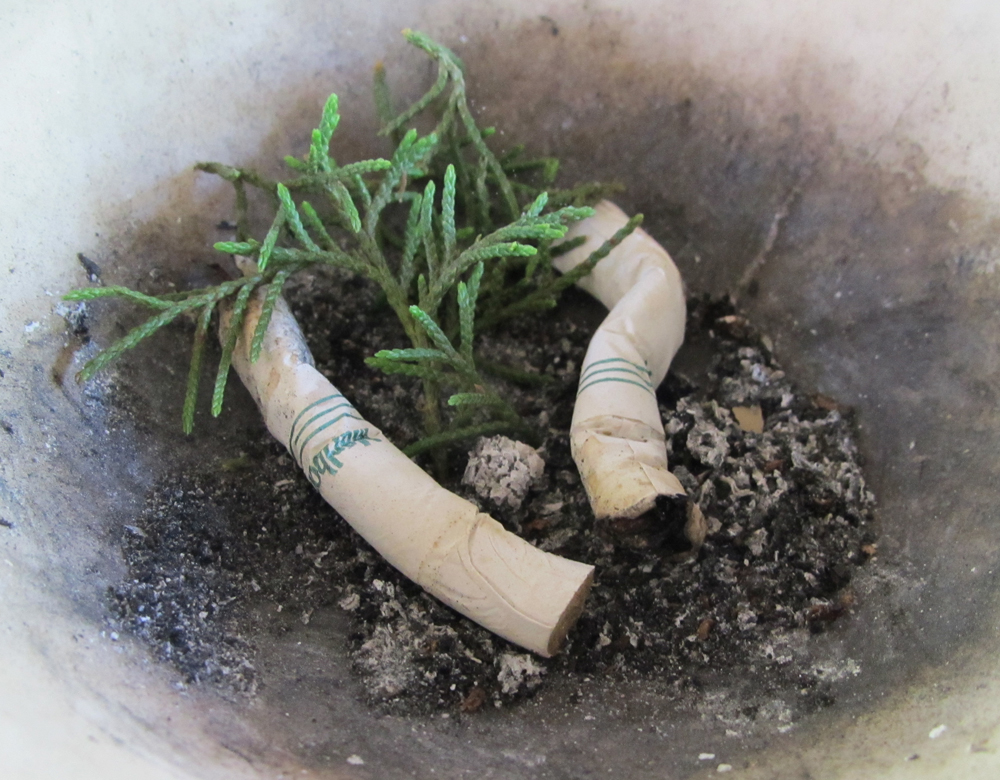 I can think of a couple of possible reasons why the Juniper was in the ashtray.

1. Someone walked by and thought it might help eliminate the odor.

2. Whoever smoked these cigarettes is an artist and thought it would look cool.

Jeanene says that if there had been lipstick on one of them, it would have opened up another avenue of imagined possibilities.