Here’s a guy who didn’t appreciate RLP very much.

This is an old review, and the link to the website still works after all these years. I don’t want to lose it, so I have copied the contents below, in case the link stops working someday.

He fancies himself something of a freak, a “Real Live Preacher” on display through a peephole on the midway of the Internet. And somehow he’s both the Coney Island barker and the sideshow oddity. But what’s so odd?

Real Live Preacher is the online ministry of an unidentified, unassuming-looking Christian preacher from south Texas; a photo shows him squinting behind rimless eyeglasses, holding a Bible and wearing a nice sweater. His blog is mainly storytelling; he calls it “the telling worship.” As you would expect, there is a long list of links to other blogs (mostly Salon blogs) under the heading “Friends,” and you get the sense that all these people really are his friends. Perhaps he’s even something of a representative blogger for those lefty, worldly (heretical!) Christians out there who still believe in a social gospel and know the most honest expression of faith is a skeptical one, faith that reaches beyond itself out of compassion and appreciation of difference rather than with the mission of conversion.

For the RLP, orthodoxy (right belief) is irrelevant; it has been replaced by orthopraxy (right practice). In this way, he seems Jewish. He writes: “Turns out Christianity is an Eastern religion. The earliest Christians were Hebrews. Semites. People of the East. They did not know how to separate mind from body. They were holistic before holistic was cool.” He distrusts organized religion. He identifies with the “right kind of Christian thinkers,” those people who teach him that “faith is something you DO.”

He uses the Bible in his ministry, retelling many of the Gospel stories, but sees it as a “troublesome” book. And he mentions Walt Whitman and the movie “Big Fish” right alongside a story from the Acts of the Apostles.

RLP is odd for a few reasons, but not, I’d guess, for the reasons the RLP thinks. It’s a fine blog, with some deep Christian insight. It has striking visuals “from a 3 volume set of clipart by Marianist brother Steve Erspamer that reminds one of woodcuts featured in The Catholic Worker and Dorothy Day’s The Long Loneliness. He has a committed and engaged following (imagine a line extending a mile down the boardwalk at Coney Island); comments listed after each of his stories number in the twenties, while his friends’ blogs seem almost unread (if readers’ comments are any indication of their numbers). And in this important way the RLP seems like a prophet-sideshow-freak, if I may borrow a little fromFlannery O’Connor — he attracts a regular crowd.

Still, no matter how much the writing appeals to his friends, it has this odd quality of being at times alternately saccharine and crass. His “soft stories” and “RLP Dramatized Versions” of the Bible are written with the nostalgic sensibility of those Gospel-story LPs he played growing up, yet every other paragraph seems to contain at least one use of “shit,” or “ass,” or “dammit!”—very often from the mouth of Jesus. I’ve got no problem with the cursing per se, but it seems symptomatic of a larger problem here: The RLP seems a little uncomfortable in his more-and-more common approach to faith (e.g., Karen Armstrong’s The Spiral Staircase ends with a very similar discussion of the merits of orthopraxy over –doxy; liberal seminaries are all about right practice these days). It’s as if all the RLP can do is assert his freaky belief by punctuating it with the heresy of a potty-mouth. That’s the danger, I guess, of having to be both the big bad barker and the sideshow itself.

Scott Korb is a writer living in Brooklyn. Read his Revealer essay on Secular Confessions. 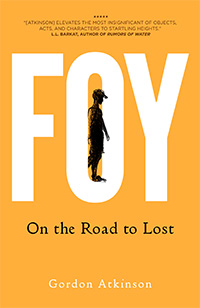