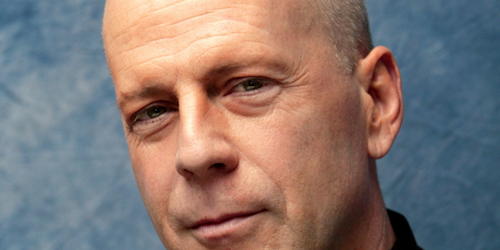 Jeanene and I were sitting in Rosario’s a few weeks ago on First Friday. That’s a street festival held in Southtown San Antonio the first Friday of each month. Artsy. Lots of hipsters. Very cool. You’d like it.

We always eat at Rosario’s on First Fridays, and I always get the Fideo, which is a Mexican soup with spaghetti in it. I know that sounds weird, but it’s the kind of thing your Abuela would have made for you back in the day. I also usually get a top shelf frozen margarita. I know it’s not as sophisticated as the on-the-rocks ones, but I drink straight whiskey now so I don’t have to prove shit to anyone. I like them frozen.

Anyway, the people-watching at First Friday is also top shelf. I was by the big window that looks out onto Saint Mary’s street watching a guy riding a fixed gear bike and wearing a storm trooper’s helmet. My head was turning to follow him as he rode by when I noticed two gay men walking with a child. There was something about the way they interacted that made me know this was a family.

I didn’t think much of it. We’re all past thinking it’s unusual or interesting to see a gay couple with a child. I was just about to turn away and look for my Star Wars guy when the little boy turned toward me and I saw that he had Down’s Syndrome.

Mind you, all of this took place in a single moment. There was a quick barrage of information in short little chunks.

Nice. Okay. Whatever. Seen it before.

Where’s the Star Wars guy? I want to watch him again.

My head snapped back to the family just as they moved past me and headed down he street. Something about their posture and the way they interacted was tender and sweet and nice and kind and just good. The little boy was having the time of his life too. He was kind of hopping and bopping along down the sidewalk. One of the men was trying to tie a balloon around the boy’s wrist while they were walking, which is kind of an advanced father move. I’ve done it, but it takes practice. You have to compensate for the bounce of the child’s steps, your own steps, and you’ve got the fidgeting to factor in as well.

Suddenly I was seized by a violent rush of emotions. Flashes of shame, joy, sorrow, happiness, delight, regret, and admiration all hit me at the same time. There was so much. I couldn’t speak and tears came into my eyes.

And then I had a vision of Jesus. Yes, a vision. And he looked just like Bruce Willis.

A quick word about visions. I believe in them, obviously, since I receive them myself from time to time. They are the visual equivalent of that voice you sometimes hear, but then later you can’t really tell if you actually heard it with your ears or if it just came from inside you. Visions are quick flashes of imaginative scenes that come straight out of your gut. Right from the unconscious. Maybe they are initiated by an outside agent, for those of you who believe in God, or maybe it’s sort of like what you see in a dream.

I don’t know which is true. I don’t care either, because this vision was kick-ass cool, wherever it came from.

In my mind I saw Jesus standing on the sidewalk, watching the two men and their little boy. I knew it was Jesus because he was dressed like Jesus. You know, the robe and sash and that whole getup. The men couldn’t see Jesus or they would have stopped. Because Jesus. They walked right by him and on down the street. Jesus turned as they went by and watched them go. He saw the same stuff I did. Their obvious affection for each other, the little boy’s face, the whole thing with the balloon. He watched them until they started to get small and blend into the crowd down the street.

And then Jesus started breathing hard. I could tell even though I was looking at his back. His breath was coming in great heaves. Then he turned around and looked right at me. He didn’t turn around and happen to see me. He knew I was there, whirled around, and looked right into my eyes.

I definitely got the message.

I was shaken and thought about those men the rest of the night. When I got home I did a Google image search for Bruce Willis, looking for that face.

And I found it. 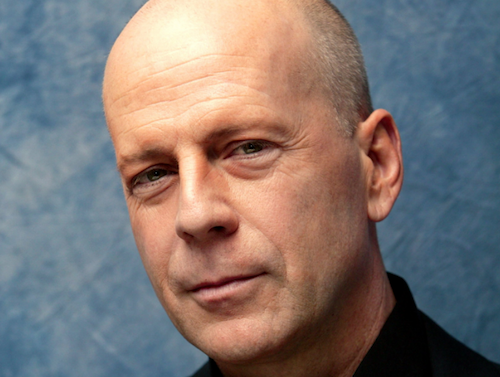