Reggie Freakin Regan has his own pool cue. And he fixed my damn dryer. 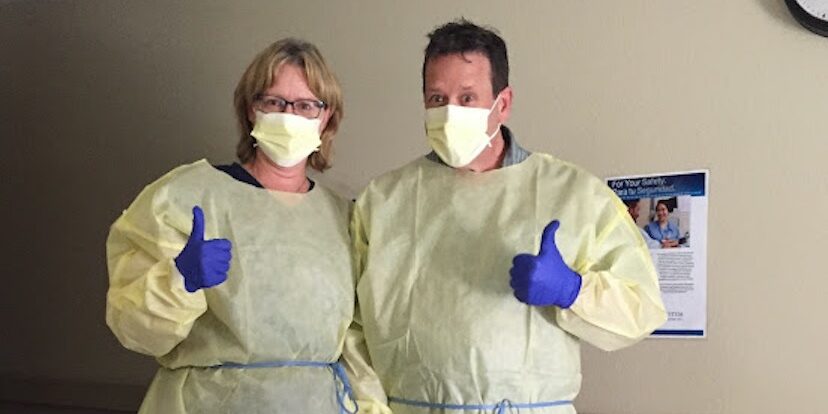 I mean I’m used to Reggie “Freakin” Regan showing up and saving the day. That’s just the way it is with him. If you’re going to be friends with Reggie, you have to be prepared for him to be really good at all kinds of things. He can’t help it. Like the other night. We met Kathy and Reggie at this little bar Jeanene and I like to go to. Quiet, mostly older people. They have a pool table that costs 75 cents to play. Reggie showed up with a pool cue in a case. He calls it “Lucille.” He only brought it because he thought it was hilarious, like something on a tv show. But then, of course, it turns out he actually IS good at pool and made all sorts of amazing shots including one where he jumped a pool ball over another one. That’s just the way it is with Reggie. He doesn’t mean anything by it. He can’t help it if he’s good at all kinds of weird shit, like playing pool or saving lives or building houses or making cocktails. Did I ever tell you that Reggie makes great cocktails? Well, he does. And he’s very nice and doesn’t brag except when joking, and I assume everyone who knows him just gets used to him doing everything well.
But holy shit, I was not expecting him to fix my damn dryer without even showing up at the house.

I should probably back up a bit and fill in some details.

Our dryer broke. Power was getting to the panel because lights were on, but the dryer wouldn’t start. I posted on Facebook the other day that I was looking for a repairman. Got some tips from a couple of local friends. Reggie left a one-word comment: “Dude?”

By that he meant, “Dude, you’re my buddy. You know I can fix shit. Why didn’t you just call me?”

I won’t say that I posted that hoping Reggie would see it and come to my rescue because – you know – it’s not the sort of thing one says. Or admits. Even if it was true.

I texted him some pictures of the dryer and the model number. He wrote back and said, “Unplug it. Open the door and leave it open all night. In the morning, plug it in and try it. If it still doesn’t work I’ll come over.”

I thought he was just fucking with me, which is also a thing that Reggie does regularly and with a certain aplomb, though he never crosses the line and hurts your feelings. YES, I’m saying that fucking with people is yet ANOTHER thing he does well.

But it turns out he wasn’t fucking with me. Sure enough, this morning, I plugged in the dryer and it works just fine now.

What sort of wizardry is this? The man fixes my dryer without even showing up? 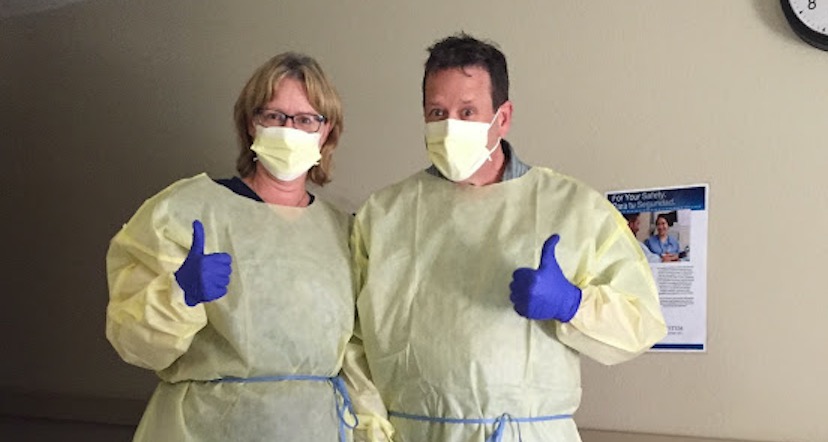 Photo: When Reggie and Kathy showed up at the hospital in case the doctors needed help saving my life.