This morning I was in the Episcopal 101 class at Saint Luke’s. The priest teaching it came into the room, and I immediately sensed that something was wrong. I can’t tell you what made me think this. Something about him seemed heavy. As if he was carrying a burden of some kind. Of course, he has to go ahead and teach his class, not matter what’s going on. And he must lead several worship services on Sunday, regardless of what is happening in his own life.

I was instantly alarmed and concerned for him. I kept watching him closely throughout the class. He read from his notes and talked to us as if everything was normal. But I continued to have a sense or feeling that something was not right. Later, in worship, I watched him at the front. It seemed to me that his head hung a little lower than usual. Something seemed amiss.

I couldn’t get him out of my mind.

It so happens that of the three priests at Saint Luke’s, it was his turn to read the gospel. This is a big deal in the Episcopal Church. There is an entire procession just for this part of the service. The verger leads the way down the aisle, followed by young people with a cross and candles and a boy or girl carrying a gilded Bible held aloft. Everyone in the congregation turns respectfully, following the scriptures down the aisle. When I saw this priest lifting his eyes to the scriptures to read them, I began to weep quietly to myself. Tears ran down my cheeks. I was imaging him carrying some lonely burden of his own, perhaps a spiritual burden of doubt or uncertainty. And yet, here he was faithfully being our spiritual shepherd nonetheless.

It was pure projection. I was projecting my own experiences onto him.

I don’t know this man well enough to be able to spot subtle emotional cues in his behavior. And it’s not realistic for me to have such strong feelings with such intimate details about someone I hardly know. I feel fairly certain that I was projecting upon him what was, in fact, a rather common occurrence for me when I was a minister.

Unless sometimes we make mystical connections with others based on shared experiences. Unless my own Sundays of teaching and preaching when I was depressed and filled with doubts makes me particularly sensitive to subtle cues of this nature. Unless maybe the Spirit of God sometimes whispers into our hearts and urges us to reach out to someone in need.

I wrote this man a little note during church and slipped it into his hand in the narthex (foyer) after the service. I did not mention the details of my feelings about him, since I have no reason to trust those feelings and in fact am suspicious of them. I simply said that I felt moved to keep him in prayer and would be thinking about him during the day and counting my thoughts as constant prayers. That’s all you need to say in a note like this, really.

Because then it doesn’t matter whether it was projection or the Spirit of the Living God. Because prayers offered for others are a goodness beyond the limitations of our small hearts. 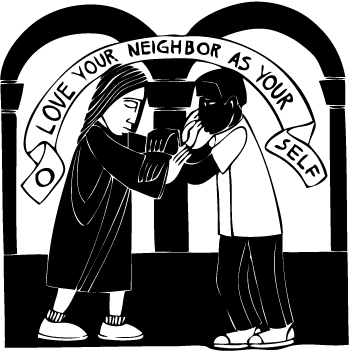