Sunday, 22 February in the season of Lent.

In the Episcopal prayers and liturgy spoken during the Eucharist can be found this delightful paragraph:

At your command all things came to be: the vast expanse of interstellar space, galaxies, suns, the planets in their courses, and this fragile earth, our island home.

This fragile earth. Our island home. These two phrases speak powerfully to me. What a fragile thing is our faith. Held together by hope, tradition, longing, practice, imagination, dreams, legends, and myth. We have no assurances that our faith is connected to any physical reality beyond our species, nor do we have any way of imagining how tenuous any such connection might be.

Who can know the mind of The Old One?

Indeed our entire world is held together by powerful but carefully balanced forces and may at any moment be taken from us. It is a certainty, in fact, that this island home will be taken from us one day. A day will come when our species will end. And a day will come when this earth will be no more. Will anyone out there mourn our passing? I wonder.

Today around noon a man in San Antonio approached the communion rail of his church. He was once a minister himself and served communion for his own congregation, but that was a few years ago. He is quiet and thoughtful and solemn and a little lonely these days. He knelt at the railing, held out his hands, and waited.

The priest is a dear friend of his who sometimes whispers, “Hello, brother,” when they hug. This morning his friend gave him one of the four pieces of the larger Priest’s Wafer that is broken in view of the congregation during the blessing of the elements. The man knows that when his friend gives him one of these during communion he is saying, “God is not done with you yet.” The man wonders if his friend’s faith in him is misplaced. This little ritual they share is his last connection to his former life. Sometimes he imagines his friend fanning a small ember, breathing on it, willing it not to die.

The wafer is fragile. It exists for a moment in our mouths and then is gone. The wine also exists but for a instant. There is a burst of flavor on the tongue and then it fades away.

As the man moves back to his seat, a thought occurs to him. “This is the body and blood of Christ. Today I am its island home.” 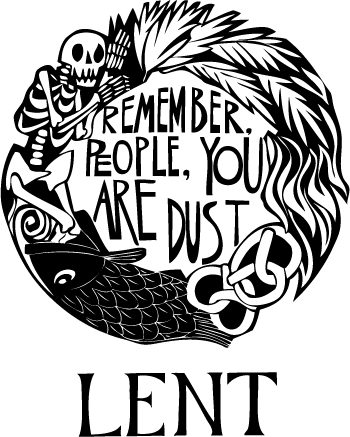