In Praise of Brother Triangle

Take thou thy compass and describe a circle with center point A. Let this circle be called Circle A.

Neither increase nor decrease the angle of the hinge of thy compass. Let thy compass remain as it is.

Now take thy compass and place the needle at any point on the circumference of Circle A. Describe thou a second circle with center point B. Let this circle be called Circle B.

Let thy compass remain as it is.

Thanks be to the Old One.

With an edge that is straight, return thou to the sacred first of the dimensions and describe three lines AB, BC, and AC.

Behold Brother Triangle. Let him be called Triangle ABC. And of his blessed tribe, this brother is an Equilateral Triangle.

May the Old One bless Brother Triangle, who, like Brother Fire and Sister Wind, exercises his nature as an unconscious force in our universe.

Thanks be to the Old One, the Ancient of Days, for these lesser servants.

But who, unlike Brother Fire and Sister Wind, exists nowhere in the cosmos outside the minds of conscious and curious beings who seek to imagine perfection with such desire and longing that they create Brother Triangle ex-nihilo, to the glory of the Old One.

And in a mystery as old as consciousness, we know that Brother Triangle is good. 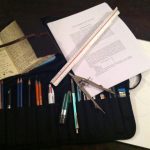 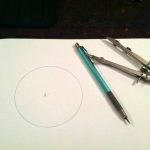 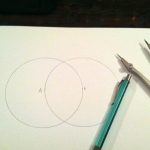 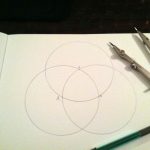 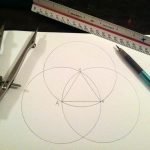 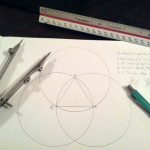 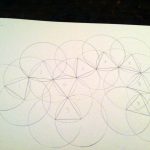