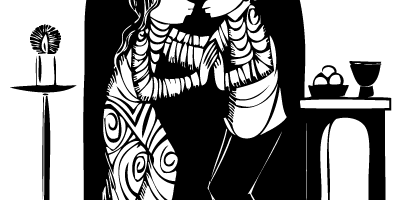 That day would have turned out differently, don’t you think?

And how is it possible I didn’t even realize I had hurt you? How does a man not know he has hurt a woman? How could I not have seen that million dollar smile of yours spasm and then bravely rebuild itself into a diminished counterfeit? Instead of trying to impress you, I should have dedicated myself to knowing you, so that no change in your countenance, however slight, could have escaped my notice. On that day the light went out of your eyes and your smile collapsed like an ice shelf and still I did not see it, strutting peacock that I was.

But I wasn’t then who I am now. They still had their leash around my neck in those days. I was still trying to do what they told me I should do and be who they said I should be. The vitality of my youth was sufficient to reveal you to me, had I given it to you. Instead I expended it rolling their stone up their hill in their hades. And I was crushed when the stone rolled back down. The stone always rolls back down. I know that now.

But that was years and years ago. And I am no longer a young man. You still come to me in my dreams sometimes; did you know that? Okay, lots of times. In my dreams I feel the tug of their leash but keep my eyes locked on yours until the leash snaps and falls away. Their howls of anger and protest fade as the music of your laughter rises in my ears. My vision narrows until there is nothing in all the world but your eyes and your smile. Your eyes are aflame with righteous passion and your smile is no counterfeit, no shadow on a wall.

It is the smile of a woman who knows she is adored. 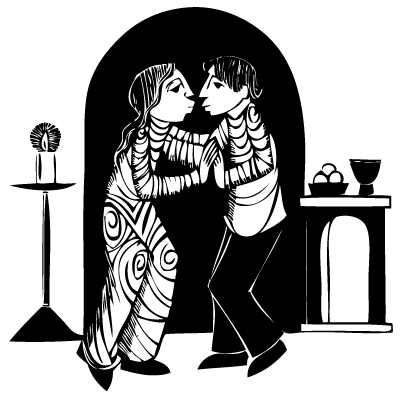