A Jungian analyst I know said giving your dreams a title is an important step in the interpretation process. So this dream is called Yonah and the Winged Lion.

Yonah Fortner is the name of an orthodox rabbi I once knew. He appears in my book in two essays under the name Jonah. We had a number of adventures together when he lived in San Antonio in the early 90s. He moved to Los Angeles with his friend Bruce in 1996. Both men were in wheelchairs, and I drove one of their vans out to California when they moved and spent a few days with them. Yonah was a wonderful Biblical scholar. In addition to his rabbinic studies, he had studied the New Testament and knew New Testament Greek. While he was in San Antonio, we often had interesting conversations about Christian & Jewish theology.

Bruce called me a few years ago and told me that Yonah had died.

Winged Lion. The winged lion is a mythical creature. In some Christian traditions it is also a symbol for the evangelist who wrote the gospel of Mark.

My memory of the dream begins with Yonah teaching me the scriptures in a charming and ancient forest glade. Around us were old and majestic trees. It was the kind of forest I imagine when I think of ancient Britain.

I had been assigned to translate a certain passage. One phrase in that passage I had chosen to translate in a rather unorthodox manner. Yonah picked up on this and was asking for my justification. I was scanning through the text, looking for the phrase in question, but could not seem to find it. In a manner typical of me, I skimmed quickly the first time. When I did not find what I was looking for, I slowed down and was picking my way through the text, looking for the phrase.

While I was looking for my text, Yonah pointed out another phrase in the passage, one that had a parallel in the Hebrew scriptures. “Like a lamb led to the slaughter.” He said, “You will of course recognize the earlier reference that used this same phrasing.”

I did recognize the reference from Isaiah and said so.

About this time I noticed we were not alone. The forest clearing was filled with teachers and students, all studying the scriptures together in little intimate groups. The gathering had a distinctly Jewish feel to it. Kind of an outdoor Yeshiva.

Periodically during the lessons I would hear the sounds of birds of prey. These would distract me and I would look up from my studies to see the birds. A number of majestic hawks were flying in and out of the trees on this day, hunting.

And then I heard a louder cry. A cry like no beast I had ever heard before. Above the trees, perhaps seventy-five yards away, circled the largest winged creature I had ever seen. I cried out and pointed at it. It had the body of a large and muscular lion, yet it had wings. It circled the glen and appeared to be hunting.

I instantly forgot the scripture lessons and anything else happening in the outdoor Yeshiva. My attention was focused wholly on the great winged creature. Then something in the dream shifted, and I felt as if I was watching the winged lion in a movie. Something about it seemed fake. There was something wrong with the way its wings moved. I observed it closely. Then I spotted the problem. The wings were beating too slowly to sustain flight for a creature of that weight. And sometimes it would even hover without moving its wings at all.

Relieved, I announced to the gathered scholars that the creature was a fake. It couldn’t possibly be real and move its wings like that. Or so I thought until it landed in the glade and began hunting me.

At this moment I realized I was the only one left in the glade. All the other teachers and students had scattered when the beast first appeared. Caught up in my analysis and observations, I had neglected my own safety and was now trapped. I crouched down behind the stump that Yonah and I had been sitting on together and tried to make myself small. The winged lion stalked back and forth, sniffing the air and looking for me. I desperately tried to keep the stump between us as the beast got closer and closer.

Then I woke up. 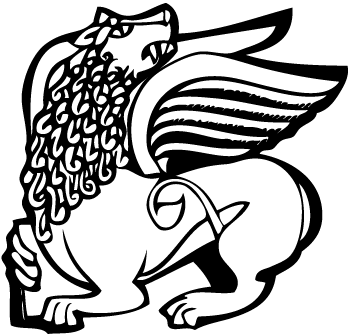